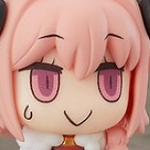 It's time for romance.

An Ann-only version of the theme song..? All you need to have a date with your master is a brush with death/a severe malfunction. Ann's character song is pretty cute.

I noticed the song as well.

I really like the series, but it seems so very disjointed at times. It would be nice to have at least a recurring side plot or something. It's kind of all over the map.

Like today, Ann turns into a real girl? It's neat and every nerd's fantasy, but it seems like they could do a lot more with the plethora of other characters in the series..

I agree. I was hoping more for something with a coherent plot. I'm still enjoying this but given the other stories Busou Shinki has done I was expecting a bit more.

Sonja wrote:I agree. I was hoping more for something with a coherent plot. I'm still enjoying this but given the other stories Busou Shinki has done I was expecting a bit more.

Well, I'm glad they made it safe for kids and stuff. I can't tell you how many anime I have to pass over because I have a 5 yr old son and a wife that can not STAND bloody shows.

Oddly enough I was surprised at how much they have scaled back the fan service the last few episodes.. The first few were... interesting...

. For it to be a romance episode, you would think they would throw more in. (I'm not saying I want more or less fan service, it just seems inconsistent from this one, to say the semi lesbian bath scene in an earlier episode..)

But it's still cool. I hope it's popular enough for Konami to do a re-release on the toys. Might make some of these a tad cheaper..
Shinkis for sale or trade!
viewtopic.php?f=26&t=2119
Top 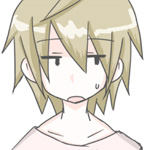 MrHolister wrote:. For it to be a romance episode, you would think they would throw more in. (I'm not saying I want more or less fan service, it just seems inconsistent from this one, to say the semi lesbian bath scene in an earlier episode..)

Well, I think we should keep in mind that all the romance was happening in Ann's head, so it could only go as far as Ann herself could imagine. I doubt she has a lot of experience in that department to draw upon, that's why everything was so cliched and nothing much happened.
Top

Well this was an interesting episode to be sure - I was pretty much spot on with my thought that the Human!Ann sequence was a dream, though that had to have been pretty obvious. Still, for a series that's episodic and seems to stray away from any structured plot in favor of 'X scenario happens, hijinks ensue,' the episode did have some actual drama to it.

Though I'm confused at the end - is it a time loop? Is the virus Inception style? Or what? And given what we're seen of the series, I doubt we're going to get anything built up on that. It's a bit disappointing to see the route the show went, opting to do these episodic slice of life episodes for this long, and given how far in we're in the series already, I'd personally prefer them to stick to it now. Last thing we need is some sort of contrived, half-baked plot crammed into the last few eps.

I do hope that they explore other aspects of the fandom/uses of Shinki in verse, i.e. sanctioned/official battles though.
Top

Not really sure what to think of this episode. The ending could be any number of things...among them, it could mean that Ann still has the virus, only imagined her recovery, and is now stuck in a loop in her mind (doubtful, though, given the episodic nature of this series). I must admit, though, that the show is not completely predictable; I was sure that the hamster Shinki pack would turn up at the end to imply that the events were real. I do share the wish that there was more of a coherent plot; it's also not taking the time to really explore some of (what I think are) the more interesting aspects of Shinkis.

heartwarming episode! i like it... even if i'm not too fond of drama....

next time: the fencers appear!

Just watched the subbed version:
- Ann is amazed with her bewbs! XDDDDDDDDD
- So the cat & the dog actually HAVE a master?
- Wait, how come Ann is sleeping up there, while she is in the front of master down here?

They really leave it open to interpretation over how much of it actually happened. Perhaps Rihito was walking around town with a girl who looked similar to Ann but wasn't really her, and Ann was having a fever dream at the same time.

As for the next few episodes, based on this one's Ann-only OP and the preview for the next episode I want to make the guess: