That Comic Market 87 sounds like it was a lot of fun! Glad to see that the Shinki fandom is very much alive in Japan, even after the TV series has ended and no word yet on any new Shinki releases.
Top

That kotatsu... is that the circle who made the Showa era furniture ? With table that can be flipped for shield and detachable table leg for blunt weapon
XD
Top

Must be fun to join visit that event....although I can see how packed it is,

And true like Kirie said, the shame only last till the first pic. After that, you pretty much careless to everyone opinion.

And what a nice Kotatsu. Wish I could buy it somewhere...
"Motto Shiawase Ni Naru"
Top

Kirie wrote:That kotatsu... is that the circle who made the Showa era furniture ? With table that can be flipped for shield and detachable table leg for blunt weapon
XD

Zenislez wrote:And what a nice Kotatsu. Wish I could buy it somewhere...

The Kotatsu was made by a husband and wife. They made 6 sets for Comiket. The husband made the tables and the wife sewed the covers and cushions. Very nice people. Just normal kotatsu. No shields or weapons lol
Eagles soar, but a weasel never got sucked into a jet engine.
Top

A little late for New Years, but wow I've been busy.
On New Years I decided to take Lirubi to my old neighborhood and swing by the local shrines since I knew they wouldn't be busy. So we payed our respects and left a generous donation after a few quick pictures. It actually occurred to me while walking around that I had never taken any pictures of the shrines when I lived there... Or anything in my old neighborhood for that matter. So that changed hahaha. Shinki sightseeing has caused me to be more aware of pictures I should take. 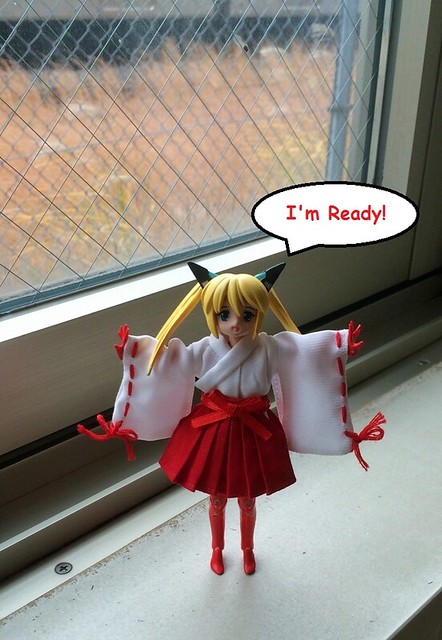 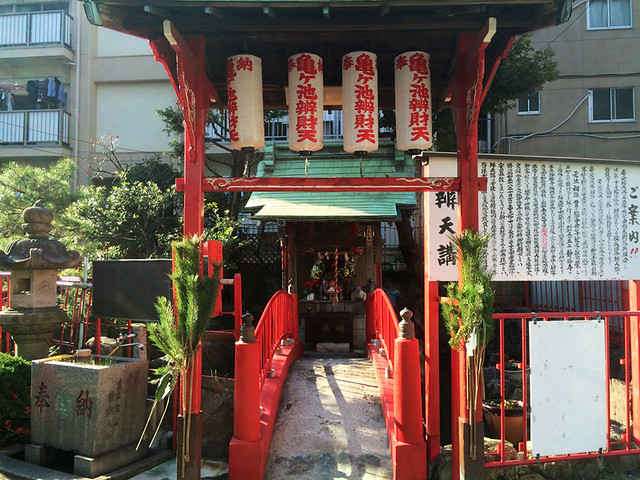 The neighborhood shrine is for a Turtle Kami. Actually, a turtle lives under the bridge.
Oh, and for Dragon Ball fans, note that the kanji at the top of the lanterns is the same as on Goku's back (; 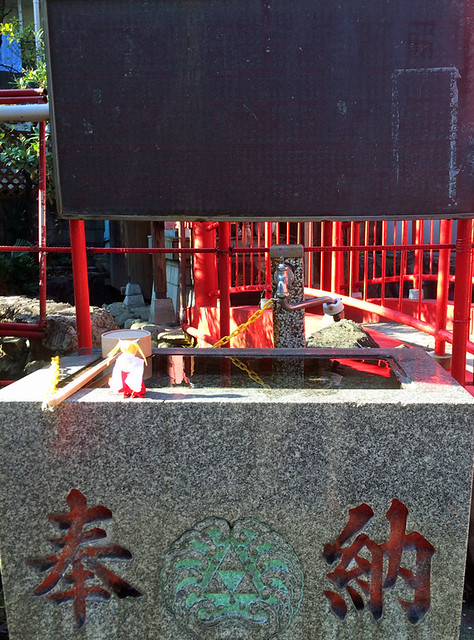 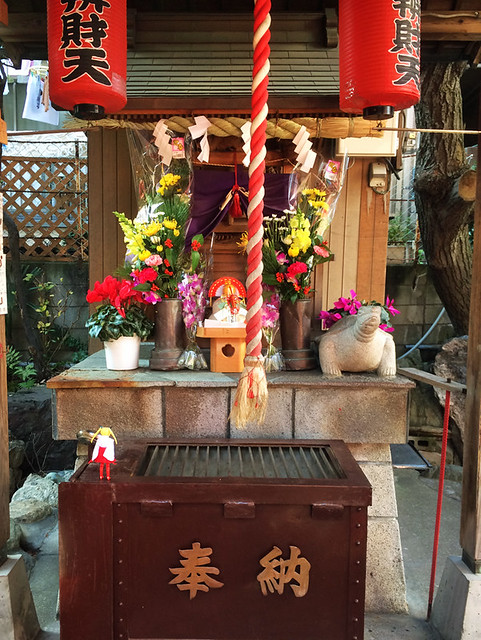 Lirubi as we cleaned up before going in to the shrine. We then tossed in our donation and gave our well wishings for the New Year. 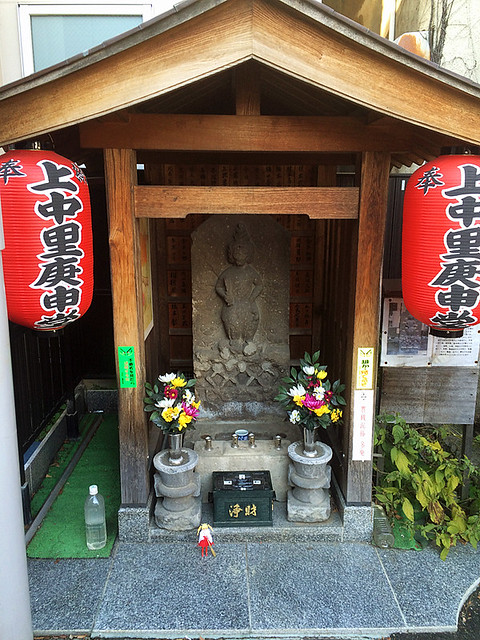 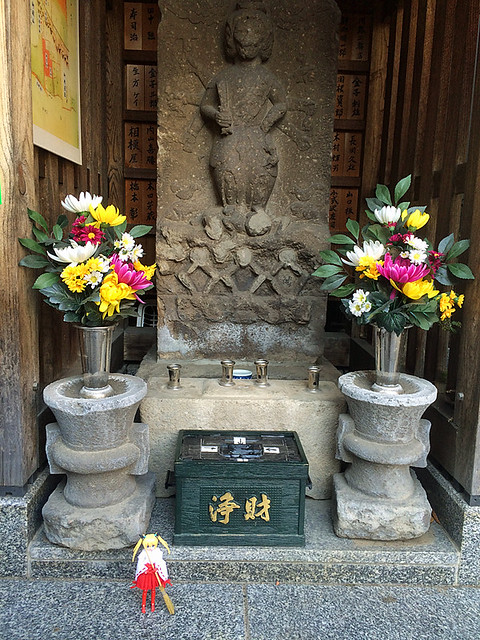 Rare these days, but a small street alter. I literally used to live next door. I could hear every coin dropped in the donation box from my bedroom...
Naturally Lirubi had to make sure everything was good and clean. It is very old after all.
Oh and for anyone wondering; the water bottle is to keep cats away. It has a chemical like ammonia in it that cats hate. 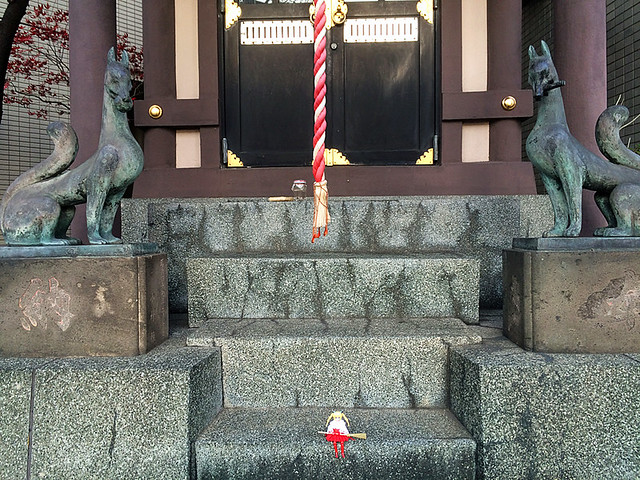 On our way to the park we stopped to pay respects to the Fox shrine... And of course tidy things up. They are the messangers of the gods you know. 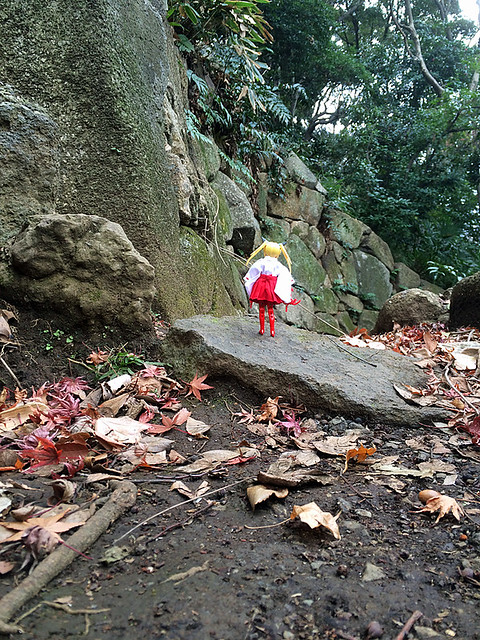 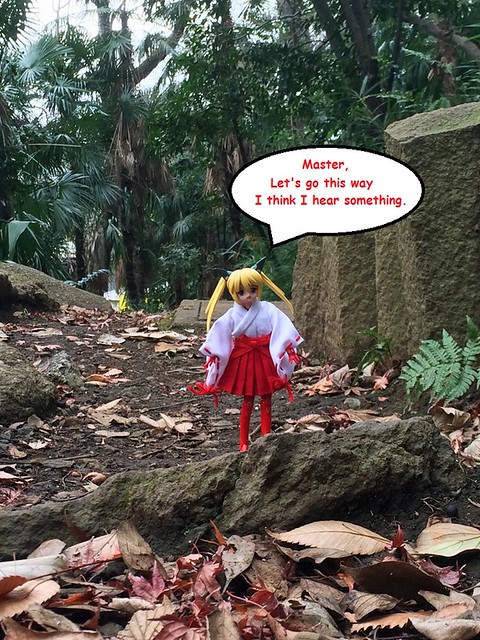 And we're at the park (yes this is still Tokyo lol). She does like to take the lead. 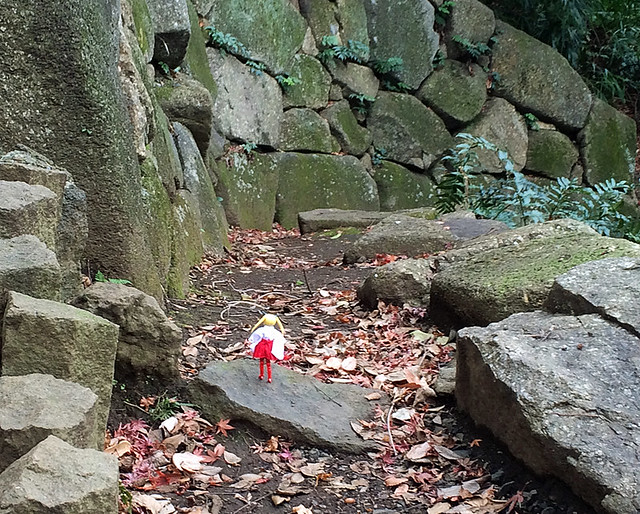 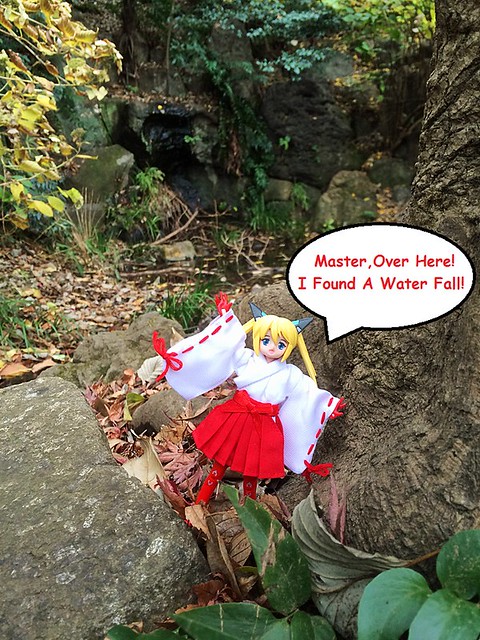 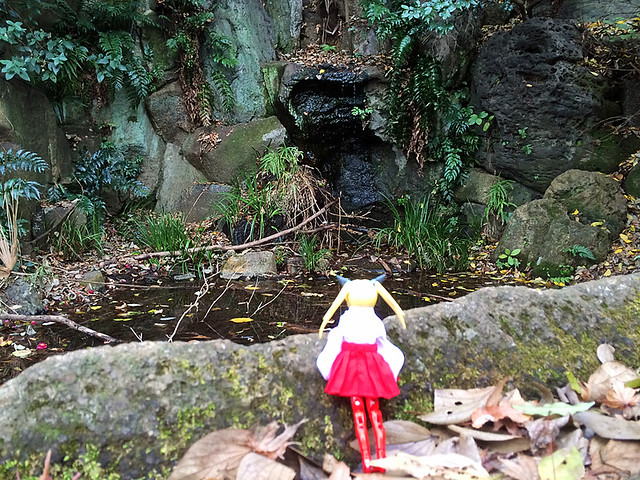 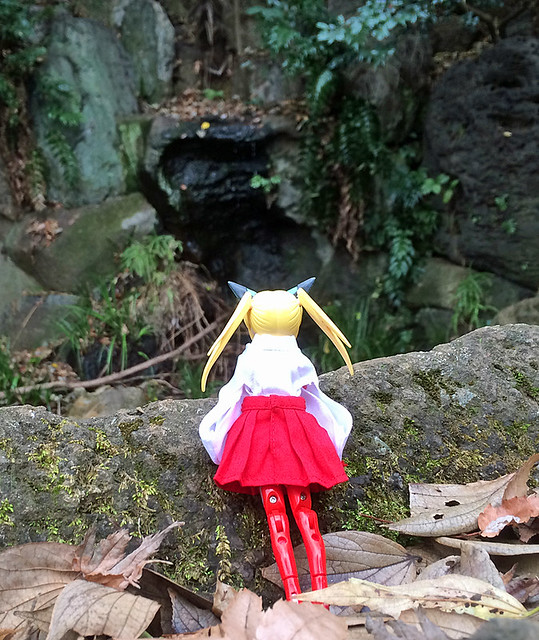 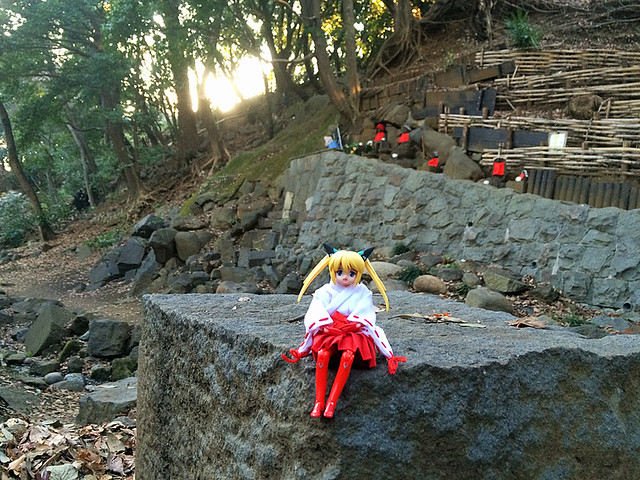 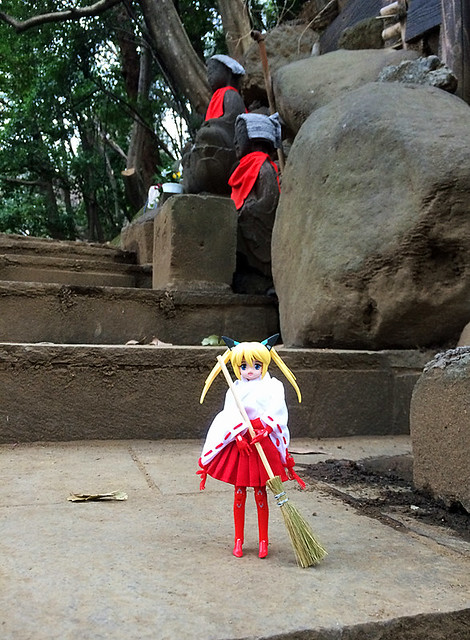 A short break. The small statues in the background with the red hats and bibs are Jizo statues as Dosojin which protect travelers on the path.
Naturally we had to go make sure everything was good and clean. 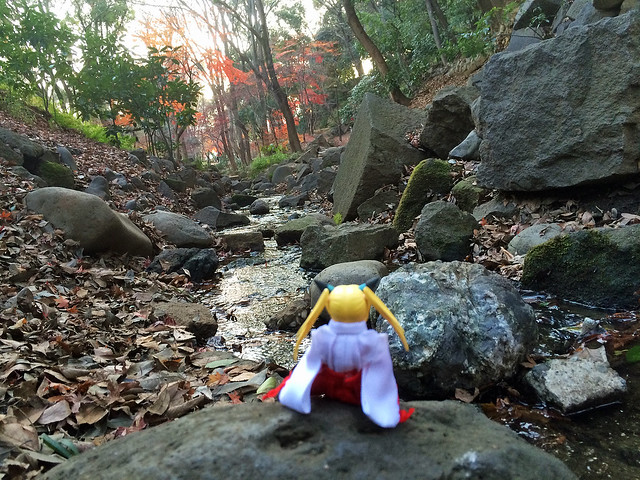 Resting after a long days work. Being a Miko is hard you know. 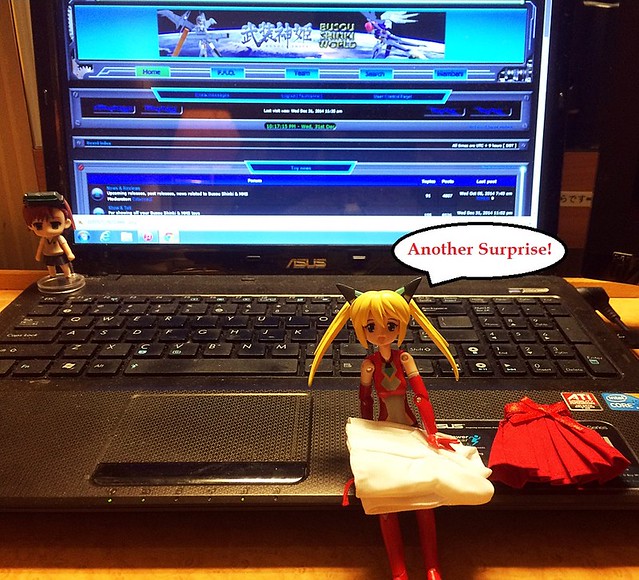 After we got back to the hotel I let her know I had a New Year's surprise for her!!! 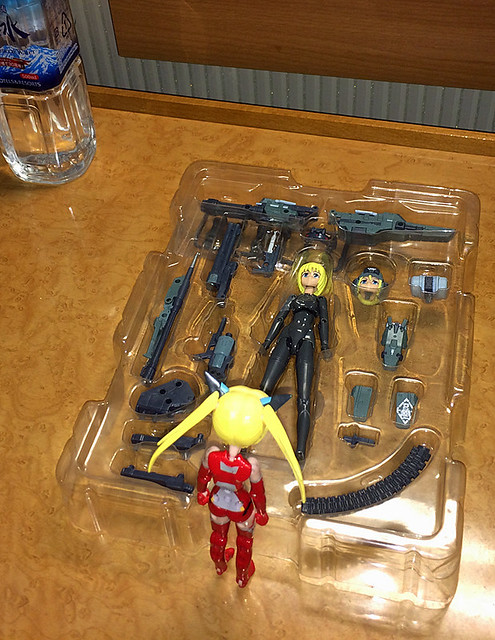 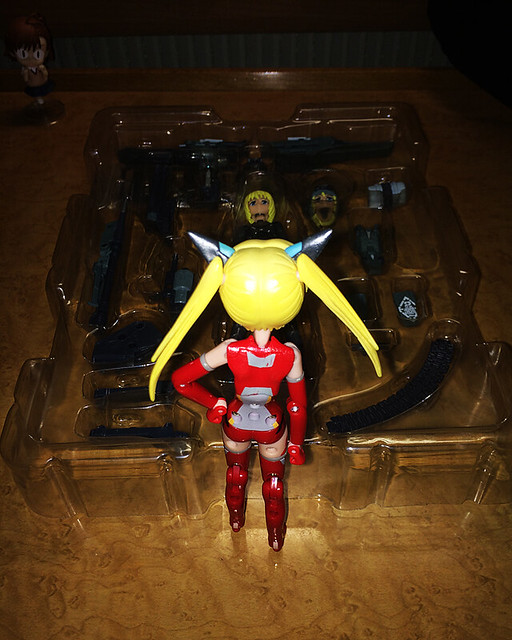 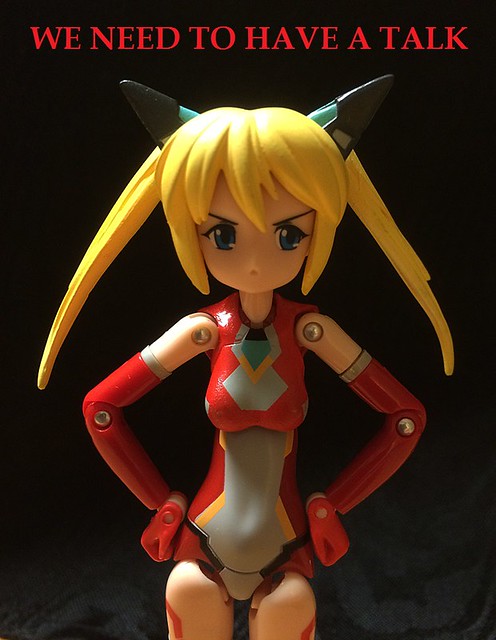 Uh, oh
Eagles soar, but a weasel never got sucked into a jet engine.
Top

Oh, that is nice.

Must bring a lot of nostalgia.

And speaking of Lolibi (lirbiete nickname), Unless you have her sister (Vervietta) she will be....uncompromising to another female (human, animal, whatever.)

OMG, I love all your photos of the shrines and the park!

I hope that someday I'll be able to travel to Japan so I can visit all of these various shrines (I would especially love to go to the fox shrine).

Uh-oh... Lirubi's not happy that you got another Shinki...
Top

Come on Lir, it's just Zel, she's a nice and sweet girl

By the way, it doesn't look like winter at all isn't it


Lock Cade wrote:I hope that someday I'll be able to travel to Japan so I can visit all of these various shrines (I would especially love to go to the fox shrine).

Zeni: "Lolibi", oh my that is hilarious! LOL. Gotta love her default personality... Even if it is troublesome.

LC: Thank you much. I too have a soft spot for fox shrines. Probably because my family had a fox for a while when I was really little.

Kirie: Winter is actually relatively mild in Tokyo. It doesn't really start getting cold until mid/late January. Might get a little snow in February, but that's about it. The Kanto region has surprisingly balanced weather really.
Eagles soar, but a weasel never got sucked into a jet engine.
Top

Somehow my reply yesterday are gone