Strangest Things Said in the Cbox

I figured it was about time to do a wall of text dump of (mostly my own) comments from the CBox.

This s--- hotcrammed f------ sucks! Why did I have to get a cold within less than a week of getting my beloved Arnval that I've waited so long for?!

.....And as if it wasn't bad enough, I had a bad dream during what little time I managed to sleep.....I'm not going to talk about the nightmare, but suffice to say that if it were real, I'd have had to have shoved a pizza up somebody's arse, and butchered a totoro alive.....

All these priests coming up with bizarre things to do now that their Goddess is kaput. >.>;;a

WTH? CBox turned into a giant version of yuan's avater, and then my post double dep posted.

Y'Know something I've been thinkin g about, I saw a UPS truck going sideways all over the place the other day, you'd think that more Michigan drivers would have the know-how and willingness to drive appropriately for the winter weather, but quite a lot don't.

In ace combat series games, I can fly a jet drunk a lot better than some people around here drive.

I landed an F-22 one-handed half-way drunk, was holding a beer in the other hand.

Oh and in case anyone is wondering, no, if given the chance to fly a real jet in real life, I would not fly drunk.

me - So bored I forgot I was waiting for superglue on my hands to dry.

P2 - Turn yourself into some lumber and be board.

P3 - I have a drill. You can be properly bored

me - Before that, I was wondering why I'm sitting here watching CBox like a hawk, till I remembered I need to superglue the cracked, dry skin on my hands.

me - I have a COLLECTION of drilling implements!

me - I think I wish there had been some of those here today to help shovel snow.

IDK what that is, but I'm guessing it's a bank account for grapefruits.

P1 - man I have a stupidly orange box coming my way

me - "We are the BORANGE. You will be juiced. We will add your unique flavor to our own. Resistence is futile."

My Metalbeard needs more sausages. He did come with an extra bone though, so yay.

*flips over, flops onto teh jess, emits cloud of zs*

OH SWEET CHOCOLATE JESUS ON A STICK WHAT IS THAT

I had a weird dream a few nights ago, or at least one part of it was really weird.

I dreamed that Hitler was in our kitchen cooking zombie heads. WTH would he want to cook zombie heads for? I don't think they would taste good. What made it much stranger was that the heads were on a runner/sprue, just like injection molded plastic parts, and had to be cut out of the runner before use. HTH does that work?

andthen you have a bunch of heads on sticks

Dunno, but Vorpal bunnies immune to everything except Holy Hand Grenade

It just doesn't feel like a train to me. It feels like a semi truck cosplaying as a train.

P1 - And there, tattooed just above the panty-line, "Abandon all hope, Ye who enter here."

P2 - At least it isnt 'Welcome, Wipe your feet'

I curse my lack of fabulous glowing nipples

Caps lock is fine. So is Num lock. Missile lock? not much

...well if it's causing fatal damage to anyone else then it's working as intended, it's a gun; if they mean the operator themselves then I certainly HOPE you would replace the operator otherwise you'd end up with CoDbies. ...that was supposed to be CoD-zombies but now I'm just imagining replacing all the gun sounds in a CoD game with Bill Cosby sound effects.

you literally break its face open and then shoot its tender tender head cheese. 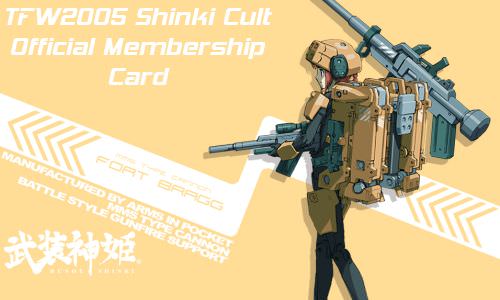 He who sees his own doom can better avoid its path. He who sees the doom of others can deliver it.
Top

Sure I can imagine 4i chickens.

draw them
show me
4i chickens

Sure. Here's four chickens in a vertical line. The rest of the chickens are in a horizontal line.

No, they're on the complex plane.

Basically I just want a shield made of tits.

....I forgot about Vanilla Ice not wearing pants