For discussion of all the other girl+mecha lines that have cropped up since Shinki began: Frame Arms: Girls, Megami Device, Armor Girls Project, Desktop Army, etc. This includes kinda-sortas like Daibadi's Polynian and things like Strike Witches and Fumikane's original Mecha Musume.
Post Reply
315 posts

Like was mentioned, it seems to be a new neck piece. It looks really good.

I can't find my bottle of MSC anywhere.. I think it was ferreted away, so I can't test if it will seal the plastic properly. The Mr. Clean eraser definitely helps get rid of the marks though.

I like the feel of her plastic, and she's incredibly cute. Despite the paint rub I think she was definitely worth the purchase.

Mine Arrived today! Although there was one problem that became imediately evident that I'm surprised nobody seems to have noticed. It may be just my Yoshika that has this problem, but I have taken a picture of what occured mere moments after unboxing her when a certain Shinki of mine was distracted:

All joking aside, I'm pretty pleased by this figure, although the paint issues ARE quite worrying.


solo wrote:I put a ring of clear tape on the inside so the painted edge is shielded from coming in contact with the skin, and it works fine without being noticeable on the figure, but that shouldn't be necessary. I also would have preferred the post inside to be fixed rather than hinged, that seems to be part of the problem, so I may try putting some padding inside to ensure an even gap. I haven't had any problem with the gun robbing off on her shirt, but I didn't fiddle with that too much so it might still be waiting to strike.

After testing the Strikers out on the "shift" body (since I'm never going to actually use it, the lack of articulation just doesn't do it for me) and finding out mine has the problem as well, I tried out the "clear tape trick. Worked like a charm. The gun also hasn't been giving me issues with the Sailor Fuku yet, but the ONE time I put her trigger hand with the handle in its grip, it was imediately evident that the paint was rubbing. I suspect it has to do with jsut how damn tight that gripping hand is on the handle, but I will need to do something about it before I giver her the gun back. I will be pleased when I can do that at least, since it IS one hell of a nice looking gun. 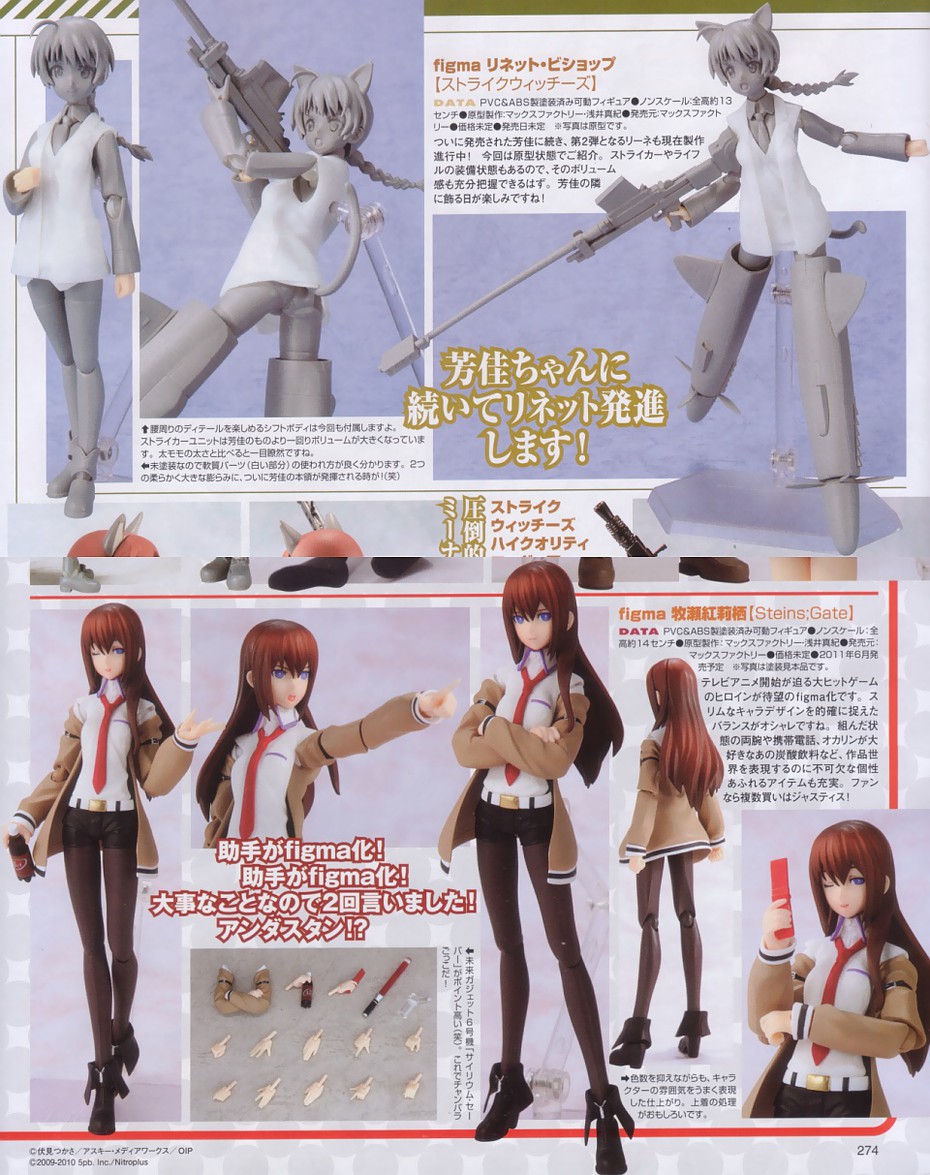 Seeing Lynn's proto body makes me giddy inside, but I hope she eventually comes with the "panic!" face we all know so well and that HUGE ass cannon she uses most of the time instead of the smaller average machine gun.
Top

Huh, you're right, that IS the right gun. I must have missed the square-shaped part near the end of the gun. I also thought the barrel would be considerably larger since it is an anti-tank weapon, but then again it might be for the best that it is that size on the proto so there's space for the other accessories. Sanya's weapon better be the huge @$$ projectile-based weapon, then, since the thing fires MISSILES.
Top

No release date yet, but I hope she will be able to give my Yoshika some company before the end of the year. I can only hope she comes with a panic face.
Top

solo wrote:Glorious. Disappointed by the lack of Sanya at WonFest, but full color Lynne is fantastic. Can not wait. Plus, looks like her kneesocks are printed high enough and similarly colored to the strikers so the paint rub won't be as big of an issue this time.

And as Lockdown72 says, can't wait for her panic face

solo wrote:Plus, looks like her kneesocks are printed high enough and similarly colored to the strikers so the paint rub won't be as big of an issue this time.

God I hope so.

I'm gonna buy her regardless because I want whatever Strike Witches Figmas come out, but I they've learned from their mistakes with Yoshika and do something about them.

Just wanted to say that I really enjoyed your review!
Top

The_Hermit wrote:Just wanted to say that I really enjoyed your review!

Oh, new pic of Lynn, several to be more accurate: 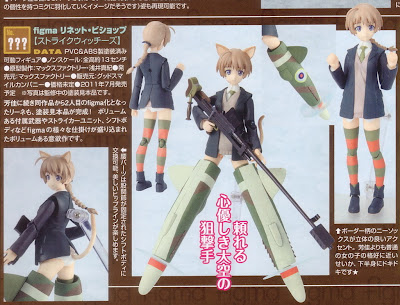 The_Hermit wrote:Just wanted to say that I really enjoyed your review!

Oh, new pic of Lynn, several to be more accurate:

No pic of her alternate face?? Looking forward to her panic face