Hi!
So, I figured someone would be interested in this. I collect a lot of stuff, and sometimes, I get the idea to make things, whether it's modifying a toy or making new weapons or whatever. So I thought I'd make a thread here.

For starters, I collect ThreeA's World War Robot stuff (among other things). I've done a little work on making a couple weapons, one for a robot and one for a human figure.

First up is a knife I made for a Dropcloth. It's the blade from an MG Crossbone Gundam's knife and the handle from a Kotobukiya weapon set knife.

The sledgehammer I made, on the other hand, started out plain and clean. I wasn't sure if I wanted to try weathering it to match, but it's gotten a few good comments. 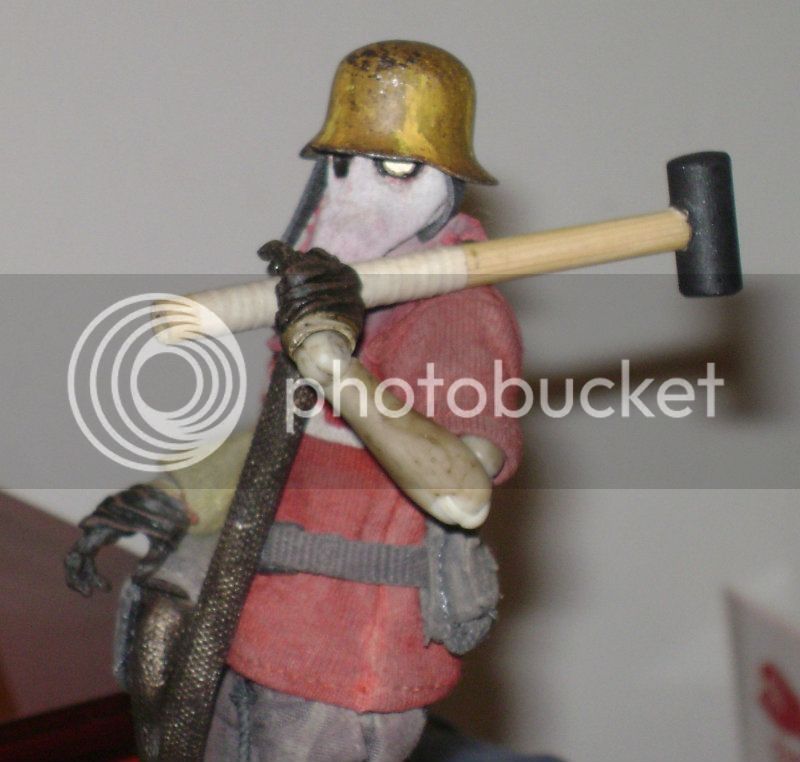 If I ever do anything else I'll stick it here, but for now this is all I have.
I've got stuff on Shapeways! Check it out!
Top
Post Reply
1 post • Page 1 of 1